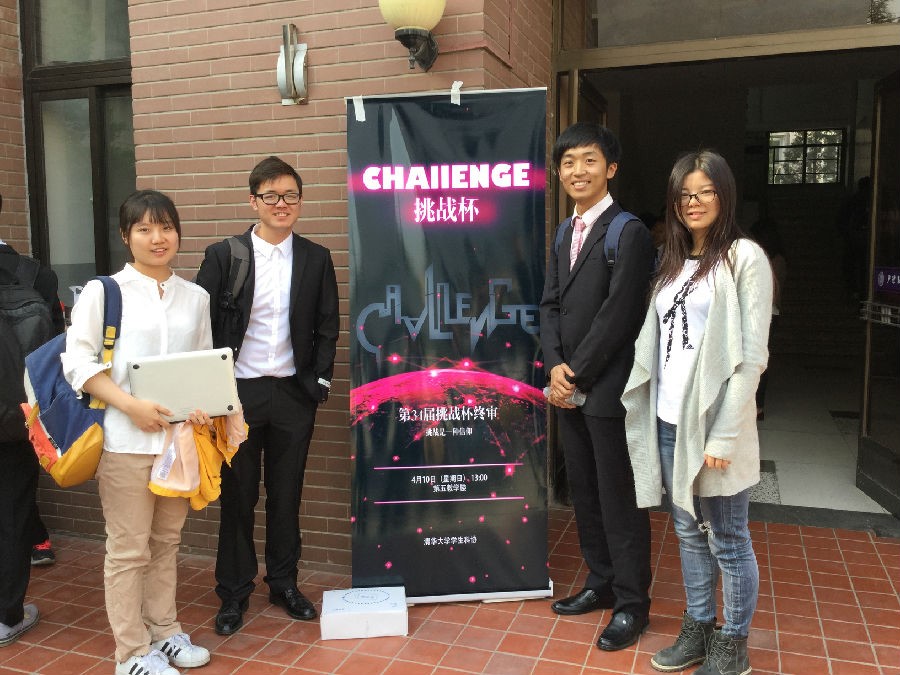 The Miss Cut project was led by Xingyu Pan (the second from the right) from PCG.

In the afternoon of April 10, the thirty-fourth Tsinghua University “Challenge Cup” students extracurricular academic and technological competition was held. A project from PCG named “Miss Cut”, which is a Chinese text mistake correction technology based on big data and user input modeling, won the highest number of judges’ votes and got the Top Prize (Top 1 among all teams). The project was led by an undergraduate student Xingyu Pan from our lab and supervised by Chun Yu and Yeshuang Zhu. The team members also involve undergraduates from other departments: Lexin Ye, Yujia Wang, and Yang Liu.